These ponies deserve a mention of their own as there was a lot of concern about what would happen to them when Waterside Stud in Lancashire held their dispersal sale in September 2016.

Alison of Caphouse ponies and Penny at Highclose wanted to give the three older brood mares a permanent home where they would be looked after for the rest of their lives.  The reason is purely sentimental as both have had a lot of fun with Waterside ponies; Alison with Duke, Alick, Jack and Jasmin and Penny with Diana (half sister to all three elders), Joanne, Maria (Eveline's daughters) and later June and Ebony.  All the Waterside ponies we've known have had exceptional temperaments and consequently Waterside blood features heavily in our breeding programme.

Samantha had a colt foal (Waterside Samson) at foot when she arrived with us.  Samson now lives near Brighton and we hear from his owner with regular updates.  Around Easter 2017 it became a little more obvious that Samantha may be in foal too and on 24 June foaled a filly we called Highclose Hamble who now lives in Northumberland. 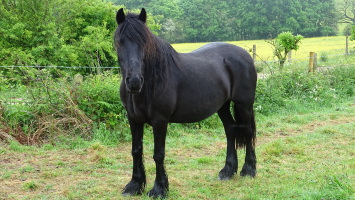 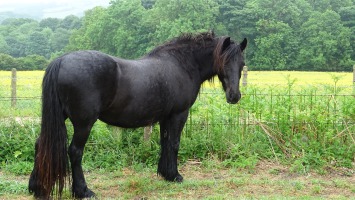