Destiny, bred from entirely English lines, was imported from France in December 2013.  We had been in the showring alongside her mother many times and when we saw photos of a day old Destiny we decided we wanted her as part of our herd. 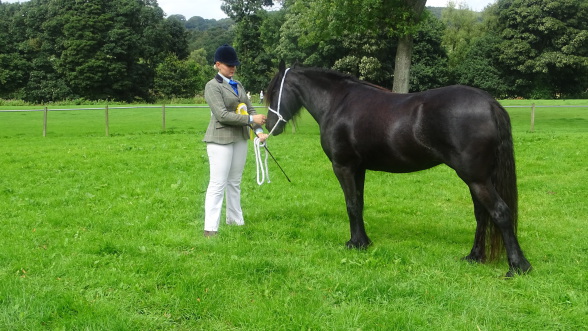 Destiny had a foal by Hett Samson in April 2019 names Highclose Jupiter, now living in Lincolnshire.  She was a superb mother, we could not fault her.  In fact she took great care of Saturn who's mother had a very free and easy attitude to parenthood.

Destiny is now in County Durham with Samson at the Hett Dales Stud and is in foal for 2021.