Harry was born 1st June 2008, by Greenholme Yabadabadoo, out of Greenhome Beth and has superb action and a lovely temperament.  Nicola broke Harry to ride early in the Spring of 2012 and he just loved his new job, not fazed by anything.

On 25th April that year, he left us to live in Scotland with Sarah Norris, a successful endurance rider.

We visited him back in September 2012 as we were on holiday in the area and found his hooves were already tucked very firmly in.  Harry is now called Quarry because of a duplication of names at Sarah's and is doing very well in endurance circles.

Sarah reports his progress to us at intervals. 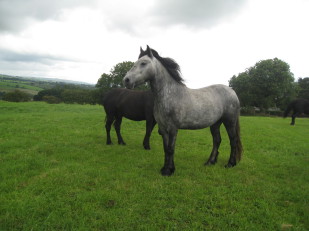 We've heard that Harry is once again a star!  He did an 80k FE1 1* at Seacliff on Saturday 15 June 2019, winning his class and getting best condition pony too.  Sarah's words are "what a dude!" 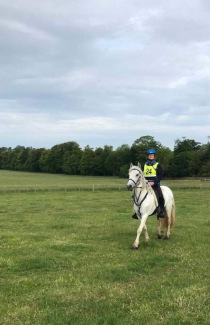