Megan came to us as a foal in November 2008 and was Nicola's pony.  Very different to the Dales and Fells, Megan was an interesting addition to the herd, standing out a bit in chestnut with her four flashy white to the knee legs and her blaze.  Megan was out of Jubile, a mare Nicola had always admired.  Sadly we lost Megan in August 2011, she had a field accident and although we tried everythuing we could and gave her every chance and as much time as we could, it became clear she would be unable to recover fully to lead a painfree, quality life. 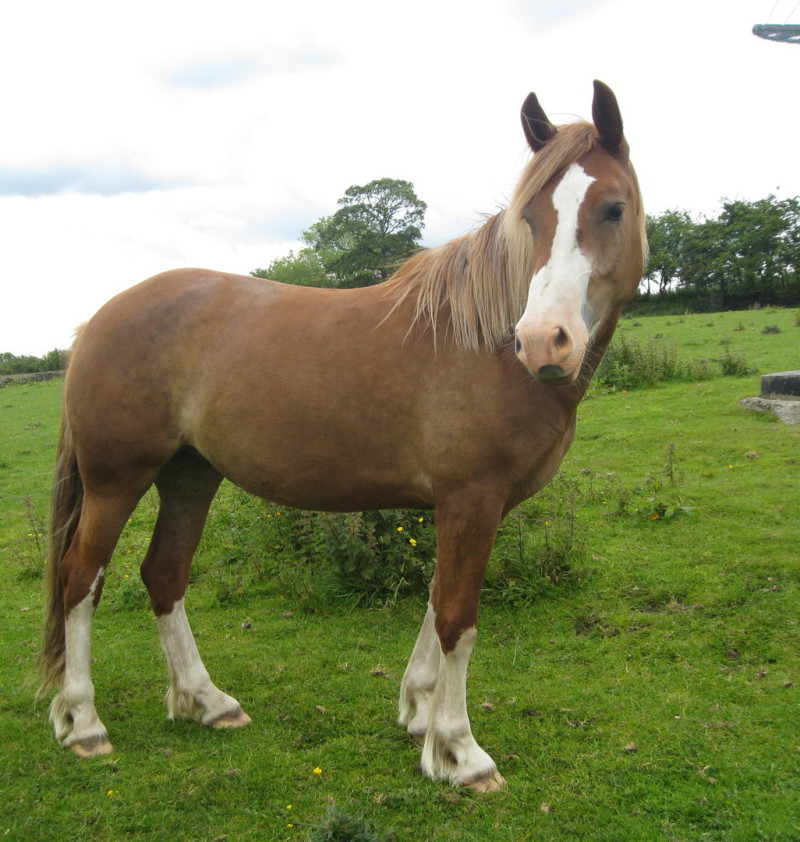