An exciting new breed to the UK, we have a flock of Dutch Spotted Sheep, registered with DSSUK.

Dutch Spotted Sheep originated from Holland where the breed can be traced back prior to WW1.  The purpose of this hardy breed was originally to graze the dykes in Holland and keep them clear of seedling trees which would easily block the dykes and canals.

There are flocks in Holland, Germany, France and Spain as well as the UK and the sheep thrive on any ground, requiring very little concentrate feed.  They are an easy-lambing breed with lambs up and suckling quickly and they produce a highly desirable lean meat.  The sheep are easy to handle with an inquisitive nature.

Although Dutch Spotted Sheep are relatively new to the UK, they have found their feet quickly and are gaining huge popularity.  Not only are they attractive to look at, they are becoming established commercially with great potential in the production of prime lambs and crossbred ewes. Commercial farmers and butchers alike are reporting great results for growth and carcass quality.  The sheep have good temperaments and are as easy to keep on a small-holding as on a larger farm. 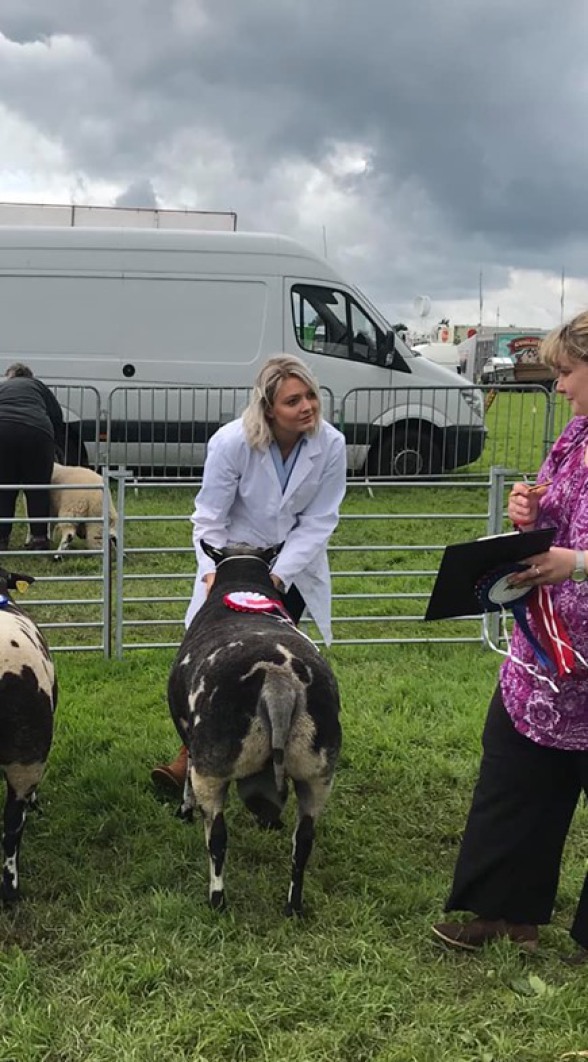 We showed our shearlings in 2017 at Trawden Show and Dorothy of Highclose was Champion Continental.

We don't show that often, we are very busy with other things, but at Royal Lancashire in July 2018 we took a group along and our results in the "any other non-native breed" classes were as follows: